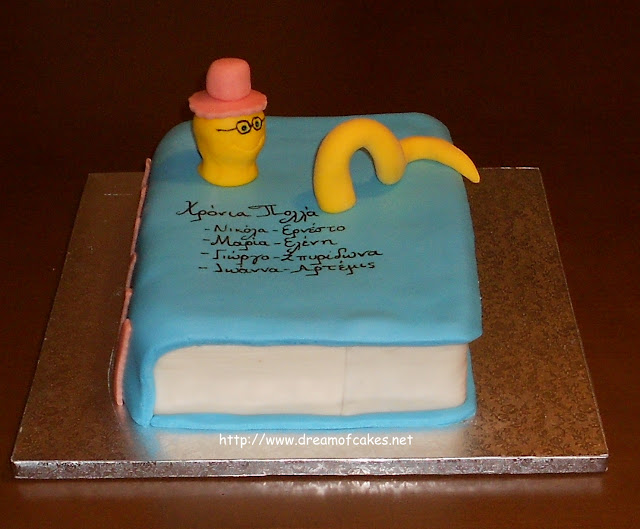 This birthday cake was made for four kids who celebrated their 6th birthday, on the 13/12/2011.
Two boys and two girls. Quadruplets!
The cake was delivered to their school and they blew the candles having their classmates singing to them. Pupils and teachers seemed excited with the cake design and as I was told later on, they were very pleased with what they tasted as well.
I made a double fudge chocolate cake.
--------------------------------------------------
The lollipops were made of melted chocolate and smarties, and they were  given to the kids as a gift. 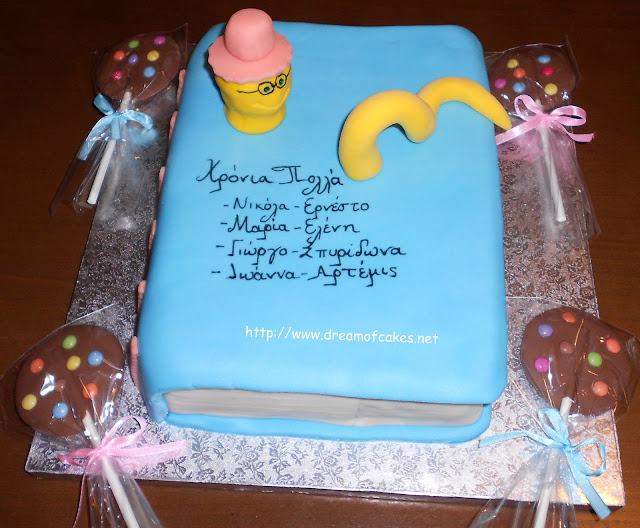 Instead of using a wooden stick to keep the head and tail in place, I used a spagetti.  The cake was taken to a school so I wanted to make sure that the kids wouldn't hurt themselves... 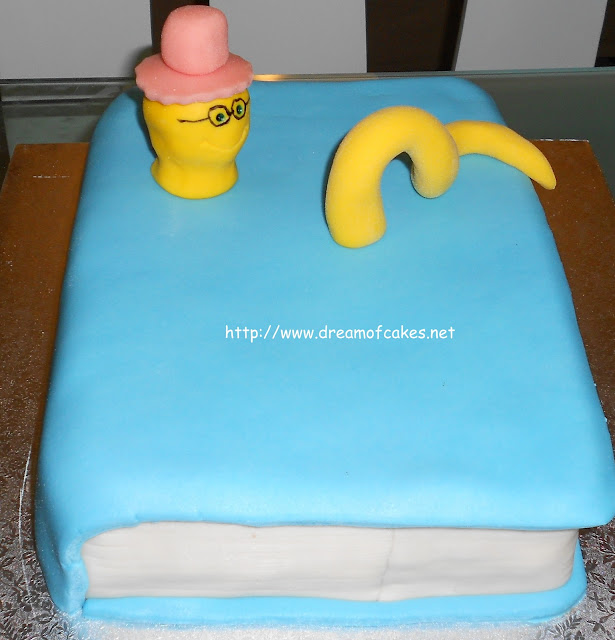 I used a knife to create the page effect. 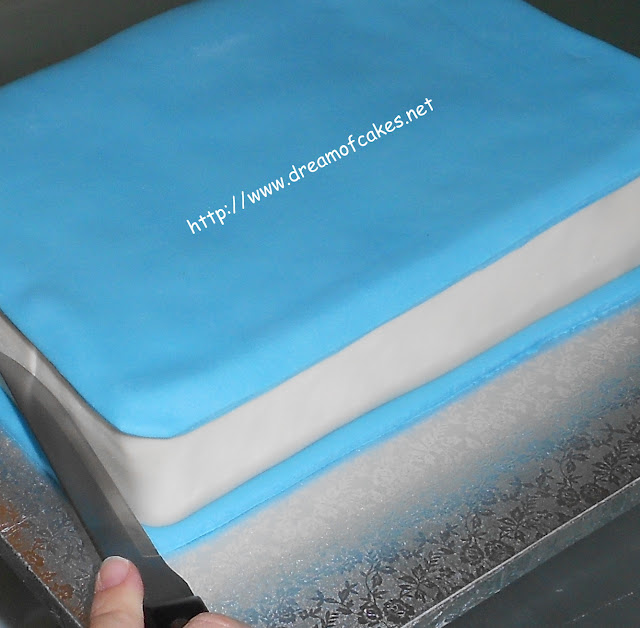 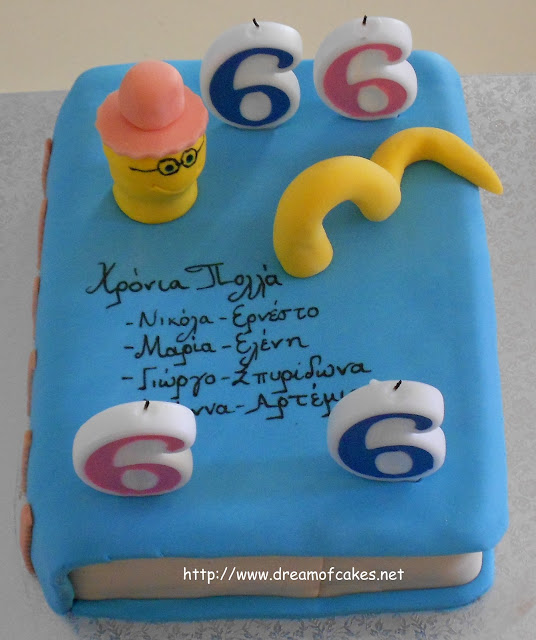 Thank you for visiting my blog. Your opinion is very important to me...!

Popular posts from this blog

July 21, 2011
This cake was made for Demetris, an adorable two year old boy!  I hope he likes it. His mother told me that he likes Mickey Mouse very much!
Here you can see the cake decoration steps.  I used buttercream, in order to make the surface of the cake smooth.

This cake took me 3 hours to decorate it. The black part was the hardest to finish. I used wilton's black decoratcing icing. Happy Birthday Demetri!!!
31 comments
Read more

September 28, 2012
This is a Guest Post from Lien.  It is her birthday cake, that was dedicated from her to her husband, Hong! Happy Birthday Lien!!

© All Rights Reserved. All recipes, text and photographs are the original creations of the author.

Eftychia and http://www.dreamofcakes.net/, 2007. Unauthorized use and/or duplication of this material without express and written permission from this blog's author and/or owner is strictly prohibited. Excerpts and links may be used, provided that full and clear credit is given to Eftychia and http://www.dreamofcakes.net/ with appropriate and specific direction to the original content.